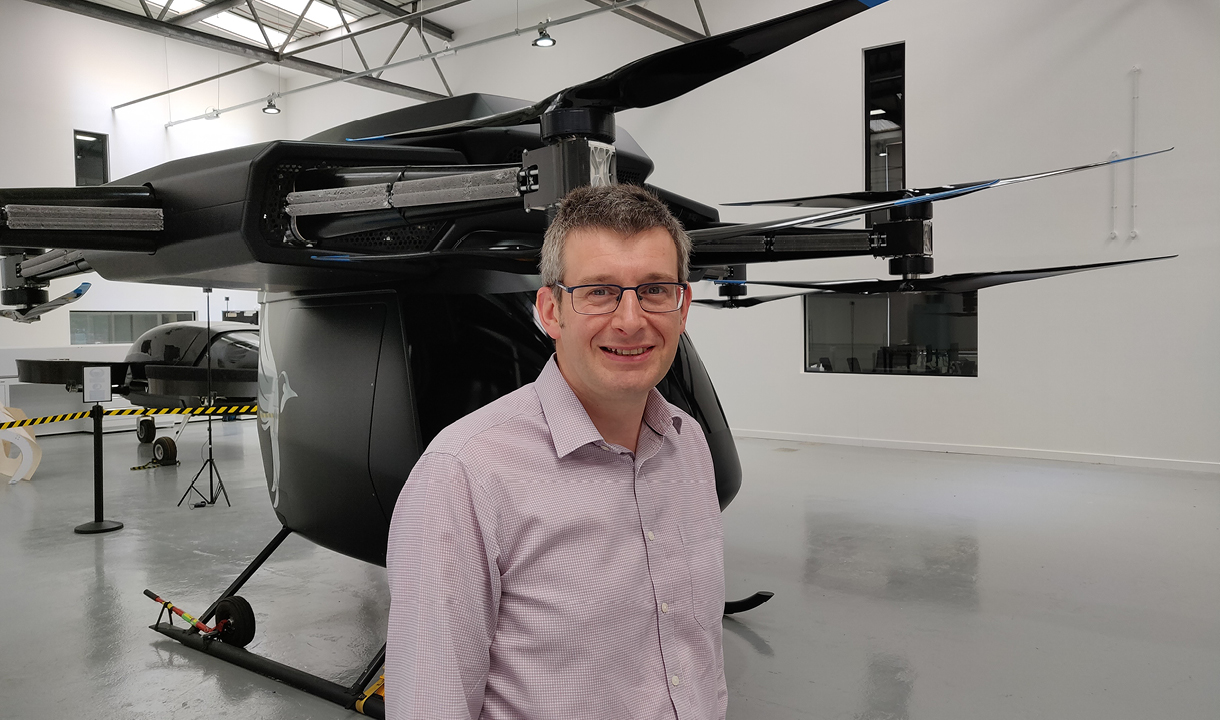 Vertical is already a global pioneer in sustainable aviation technologies, as one of only a handful of companies to have flown and flight tested two full-scale all-electric vertical take-off and landing (eVTOL) prototypes with UK Civil Aviation Authority approval. The latest, VA-X2, can carry 250kg and reach speeds of 80km/h. Development of Vertical’s next generation eVTOL is already well underway and will soon be made public. At certification the aircraft will be able to carry one pilot and four passengers, up to 120 miles at speeds of 202mph. Vertical is targeting certification and initial service operation in 2024.

Dean will be responsible for leading the flight test campaign for the first certifiable aircraft developed by Vertical Aerospace. This involves putting together the operations manual for flight testing, developing strategic plans to help deliver flight test efforts and maintaining alignment throughout the teams.

With over 22 years’ experience, Dean has an outstanding track record. He has worked on a variety of aircraft types including UAM, rotary and fixed-wing aircraft. Most recently he worked at Boeing Phantom Works and prior to this, at QinetiQ as a Principal Flight Test Engineer. Dean has also spent time generating and implementing safety cases for a range of autonomous vehicles, including directing the testing of Wave Glider maritime platforms. He established and supervised the Boeing UK test team in delivering test activities across a range of Chinook programmes and supported the test programme proposal for the recently contracted UK E-7 Wedgetail aircraft. Dean has significant experience in pioneering new platforms, he achieved the first flight of the Chinook for Boeing under the UK Military Contractor Flying Approved Organisation Scheme in 2014.

“It is very exciting to be joining Vertical Aerospace at a pivotal period in a rapidly developing area of the aerospace industry. I am looking forward to working in a dynamic British aerospace startup that is changing the way we think about mobility and air transport. It’s a fantastic challenge to develop and deliver the flight test campaign, as we work towards the certification of our winged eVTOL aircraft.  Vertical Aerospace has made significant steps with the VA-X1 and VA-X2 demonstrators in such a short time and joining the team is a unique opportunity to be able to contribute to Vertical Aerospace’s next big advance in realising carbon free air transport.”

“We are delighted to welcome Dean to this critical role as we continue to grow our world-class team. Dean brings extensive flight test experience across a wide range of novel platforms and he joins at the perfect time to shape the flight test programme of our next generation winged eVTOL.”

Vertical Aerospace is continuing to work alongside aviation authorities around the world and plans to have a certified eVTOL by 2024.

They also continue to build strategic partnerships with global leaders such as Honeywell, who are developing the flight controller for their latest aircraft. The aim is to disrupt the trillion-dollar commercial aviation market.

Please note: We use cookies to ensure you get the best experience on our website Learn more